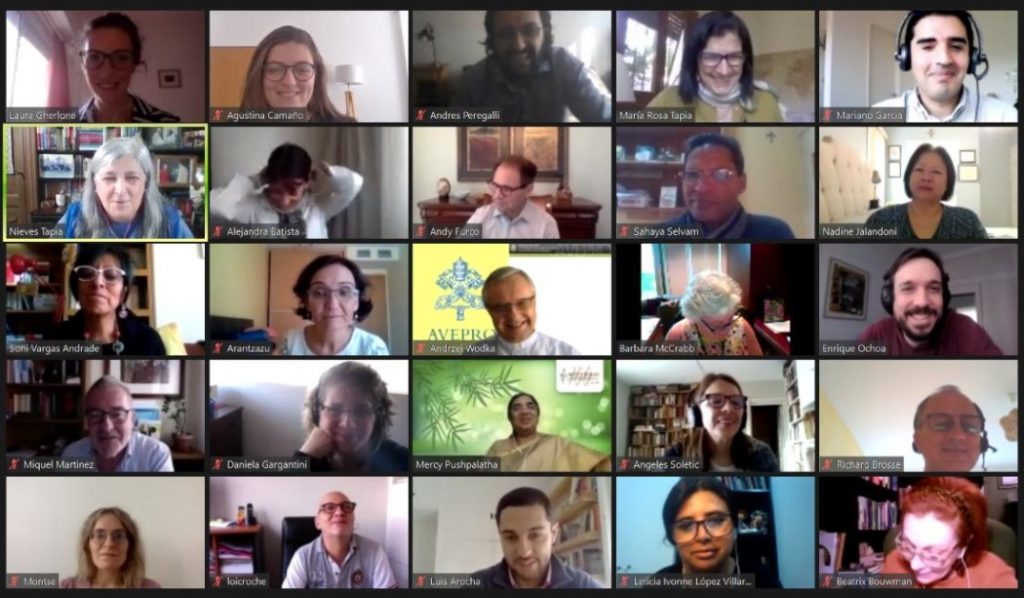 On Thursday 10 September 2020, the first meeting of the UNISERVITATE Programme’s Academic Sounding Board and Spirituality & Research Team took place. Thus began the multiannual path that will involve various scholars and specialists in SL (Service-Learning) in order to globally investigate models, criteria, (inter)cultural similarities and particularities, good practices and research gaps of SL in Catholic Higher Education Institutions. The long-term objective is to generate a systemic change in these Institutions through the institutionalization of SL, as a tool to achieve their mission of integral education based on fraternal humanism.

María Nieves Tapia, Director of the Latin American Center for Service Learning and, and María Rosa Tapia, Coordinator of UNISERVITATE, inaugurated the meeting by presenting the Programme. Richard Brosse from PORTICUS and Father Andrzej S. Wodka, President of AVEPRO, continued the opening, offering words of encouragement.

The meeting was then divided into four main moments: the presentation of the members of the Academic Sounding Board and the Spirituality & Research Team; a moment of reflection on the spiritual dimension of AYSS understood in a broad sense; the sharing of possible contributions to the multiannual research plan of UNISERVITATE; and finally, Montserrat Alom’s elucidation of the lines of research and reflection that join IFCU (International Federation of Catholic Universities) and UNISERVITATE.

The participants, who belong to the five continents, expressed their enthusiasm and commitment to be part of this global, intercultural and interdisciplinary programme that seeks to contribute to the mission and identity of Catholic Higher Education Institutions through solidarity-based Service-Learning. 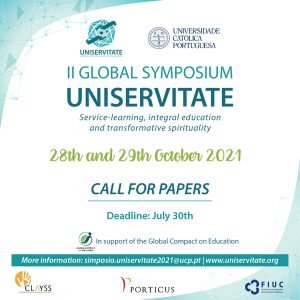 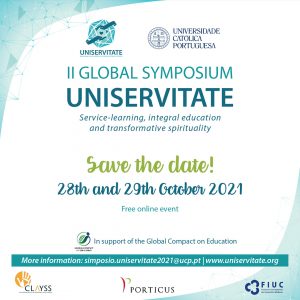 The virtual event will be held on October 28 and 29 of 2021 and will focus on “Service-learning, integral education and transformative spirituality” 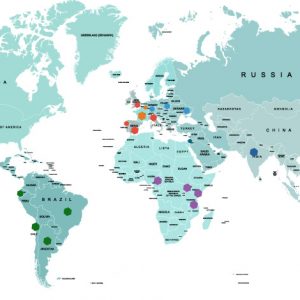 The Global Programme for the Institutionalisation of service-learning in Higher Education is incorporating new universities from all five continents.

UNISERVITATE is a global and networked programme that is established through a process of permanent development and the integration of new actors and institutions from a series of regional hubs strategically distributed around the world.